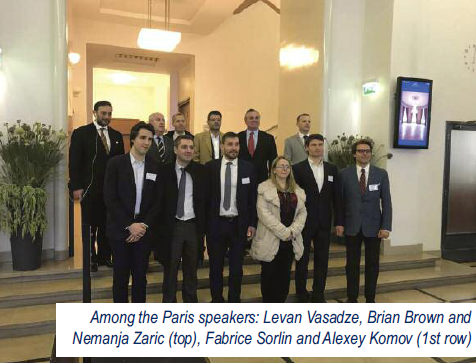 More than 300 leaders, activists and scholars participated in the first World Congress of Families Regional Conference in Paris on April 1st.

The conference, held at the historic La Maison de la Chimie (in the heart of Paris), was organized by the French Society of Demography, chaired by Fabrice Sorlin.

Sorlin observed: “Organizing a WCF regional conference in France was a great and wonderful experience for me and my team. It was the first time in France. ”

“We were able to bring together so many pro-life and pro-family leaders, from within and outside France.  Thus, it was very important and useful to see that there are so many talented people fighting with the same goals as us. Moreover, this kind of conference also helped many French people to increase their contacts – foreign and domestic – which is crucial for success.”  For more information contact  sorlinf@gmail.com.