The International Organization for the Family (parent organization of the World Congress of Families) working with WCF partners Heartbeat International, Human Life International, and Population Research Institute, have launched a petition to ask the U.S. Postal Service to Issue a “Choose Life” Commemorative Stamp to honor the dignity of every human life and to counter the pro-abortion message in their “Family Planning” Commemorative Postage Stamp.

You can join us in urging the Postal Service to honor the dignity of every human life by signing our petition. 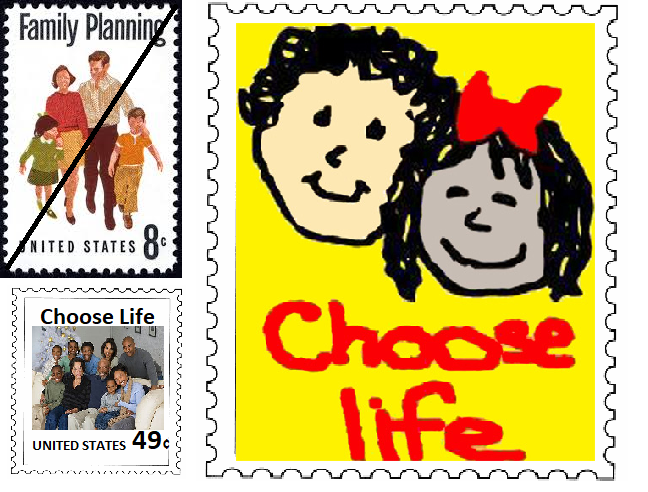 The petition, posted on CitizenGo reads:

The United States needs a “Choose Life” stamp to demonstrate that every human life has value, significance, dignity, and worth. The U.S, Declaration of Independence proclaims the basic rights to “life, liberty and the pursuit of happiness” among humanity’s inalienable rights. Despite the Declaration’s clear affirmation of the “right to life” proclamation in the American founding, the United States is one of only seven countries along with North Korea, China and Vietnam to allow unnecessary late-term abortions. Thankfully, the majority of Americans choose to be pro-life and the majority of states support the message “Choose Life” (32/50 states have “Choose Life” license plates available).

A “Choose Life” stamp would celebrate and demonstrate the dignity and sanctity of every human life from conception to natural death in the midst our legal, cultural, and civilizational battle to protect the right to life and dignity of all human persons.

Additional background on the petition:

In the United States, recommendations for commemorative stamps are made by the Citizens’ Stamp Advisory Committee, based in part on suggestions from the public. The Committee is appointed by the Postmaster General, who in turn receives its recommendations.

Each year, 30 to 40 new subjects are selected for commemorative stamps. There have been stamps celebrating love, peace and everything from Disney villains and “retro funny cats” to “frozen treats.”

On March 18, 1972 (the year before Roe v. Wade was decided), the United States Postal Service issued a stamp honoring “family planning” and seeking to promote abortion, birth control, and small families as a “social good.”

At luncheon with 300 members of the Planned Parenthood Federation present, J.T. Ellison, USPS spokesman, described what he considered to be the significance of the stamp. (“We hope… this stamp will serve as a reminder to all members of our society that a spiraling world population and the environmental and social ills that inevitably follow – is everyone’s concern.”) In other words, with this stamp, USPS endorsed the Malthusian myth of over-population, repeated by Paul Ehrlich in “The Population Bomb,” published four years earlier.

We need a Choose Life stamp that will serve as a reminder that worldwide, fertility rates have been cut in half since the late 1960s (in the United States, the fertility rate in 2015 was 1.84, well below the replacement level of 2.1), that each year there are 56 million abortions worldwide (900,000 to 1 million in the U.S. alone) and that the Declaration of Independence proclaims the rights to “life, liberty and the pursuit of happiness” among humanity’s inalienable rights.

Symbolism is important. In 1972, USPS issued a stamp promoting “family planning.” It’s time to put America on record stating that we should choose and celebrate life.

March for Life in Nairobi, Kenya on March 24th

The Kenya March for Life (with the theme – “Family: Centre of Love and Transmission of Life”), will take place in Nairobi on March 24, from 7 am to 1 pm. The principal organizer is the Kenya Christian Professionals Forum (KCPF) ) – a WCF Partner. 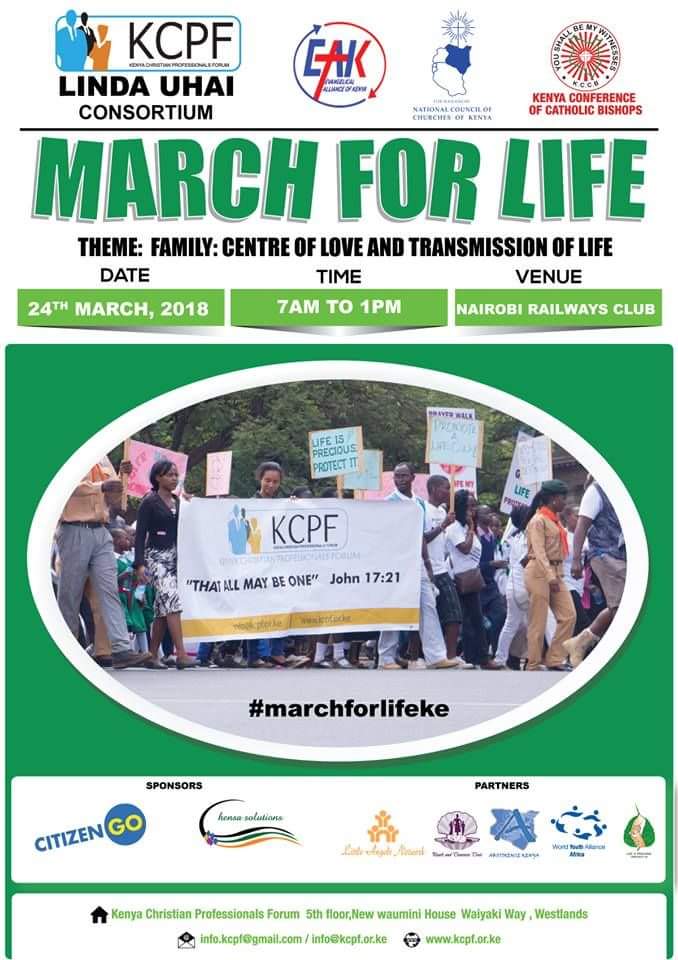 Like many African nations, Kenya is under intense pressure from Western aid-givers (countries like Canada under the Trudeau government) to embrace the culture of death. Though currently illegal in Kenya, abortions are performed at the Marie Stopes clinics, under the guise of promoting women’s health care.

Among the other organizers of this year’s march are the Kenya Conference of Catholic Bishops, National Council of Churches of Kenya, Evangelical Alliance of Kenya, Abstinence Kenya, World Youth Alliance, Protecting Life Movement Trust, Little Angels Network, Pearls and Treasures Trust and CitizenGo. KCPF is also an organizer of the May 15 World Congress of Families African Regional Conference in Nairobi (“Seizing the Future, Protecting the Family”).  This will be our third regional conference in Nairobi since 2016. Details will follow in future Leadership Memos.

For more information on both the March and upcoming Nairobi Regional Conference, contact: KCPF at info.kcpf@gmail.com  or vkimosop@sovereigninsight.com.

The 2018 Coalition to End Sexual Exploitation Summit (hosted by the National Center on Sexual Exploitation) will take place, April 5-7 at the Hyatt Regency near the Washington Dulles Airport.  On April 4th, there will be a special NCOSE Summit event, “Day on the Hill,” taking place at various locations in Washington, D.C.

Besides general and break-out sessions, the Summit also includes:

For the program and full list of speakers visit: https://endsexualexploitation.org/cesesummit2018/

National Center on Sexual Exploitation is a World Congress of Families Partner, as are Family Watch International and Family Policy Institute (South Africa).  Between 500 and 600 registrants are expected to participate in the Summit.